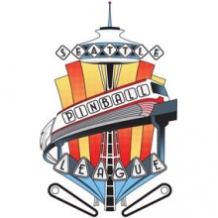 The Seattle Pinball League is an all-ages group of pinball players in the greater Seattle area who meet (nearly) monthly on Saturdays for daytime handicapped pinball events, at the homes of various pinball collectors and players in the area.

Each event has its own self-contained tournament with cash payouts to the top 4. Additionally, the performance of all players in each event is recorded and tracked to determine overall player rankings for each year-long season. At the end of the year/season the top ranked players compete in a tournament of champions to determine the positions of all players and the overall winner of the league for that season. World Pinball Player Ranking (WPPR) points are awarded to any player who has played in at least half the events, based on their final positions at the end of the season.

The handicapping system makes the league accessible and fun for players of all skill levels. Handicaps are assigned to each player as a value between 1 (lowest ranked) to 5 (highest ranked). An unranked player starts with a handicap of 3, but that gets adjusted immediately after the first event. A player's handicap will raise or lower based on performance in the previous five events they participated in (including prior seasons). Players are grouped together in head-to-head competition against other players with similar handicaps.

Membership for the season is $30. Each event is then $7. Guests may attend most events, for $15 per event.

NEW IN 2018:
Best SEVEN (7) of 9 events count towards season rankings, as opposed to 8 of 9 last season.
2018 Schedule (TENTATIVE)
Sat Feb 17, Stewart's Home in Carnation.
SUNDAY Mar 11, Davidson's Home in Mukilteo
Sat Apr 14, Shere's Home in Shoreline
Sat May 5, Bendickson's Home in North Seattle
Sat Jul 14, Gagnon's Home in Georgetown
Sat Aug 18, Annual Bally Masters, Anderson's Home at Shoreline
Sat Sep 22, MacCulloch's Home on Bainbridge Island, Members Only.
Sat Oct 13, Tibbett's Home in East Redmond
Sat Nov 10, Kotchon's Home in Hillman City
Fri Dec 7, Wildcard Match at Rod Olsen's
Sat Dec 8, Finals at Rod Olsen's
Please note that while every attempt will be made to maintain the schedule above, circumstances beyond our control could force changes. If any changes do occur, they will be listed here and emailed to the SPL Members Email List.

Since events are held in private homes, announcement of events (including location address and time) is only done through the SPL Members Email List, to members and guests who have played at least once.

To be added to the SPL Members Email List, send your request to wapinball@gmail.com.

Only the first event of each year (February event) will have public announcements as part of the annual memership drive.

There is no SPL event in June. The Northwest Pinball and Arcade Show is held in June, and we encourage everyone to come play there!