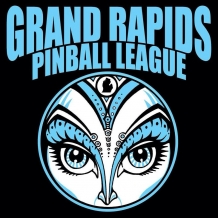 A season has 5 league nights for 3 consecutive months. League nights are the 1st and 3rd Wednesday of each month. League nights take place at Pyramid Scheme Bar which is located at 68 Commerce Ave SW in Grand Rapids, Michigan. League matches start promptly at 7pm and typically run about 2-3 hours. Players are welcome and encouraged to come early and/or stay later to practice and socialize.

Players will be put into groups of 4. There may be groups of 3 depending on how many league players we have each night. Each league night, total points earned will move you up or down in position and determine which group you play with on the next league night. Groupings will be via match play and determined on the day of league depending on who shows up.